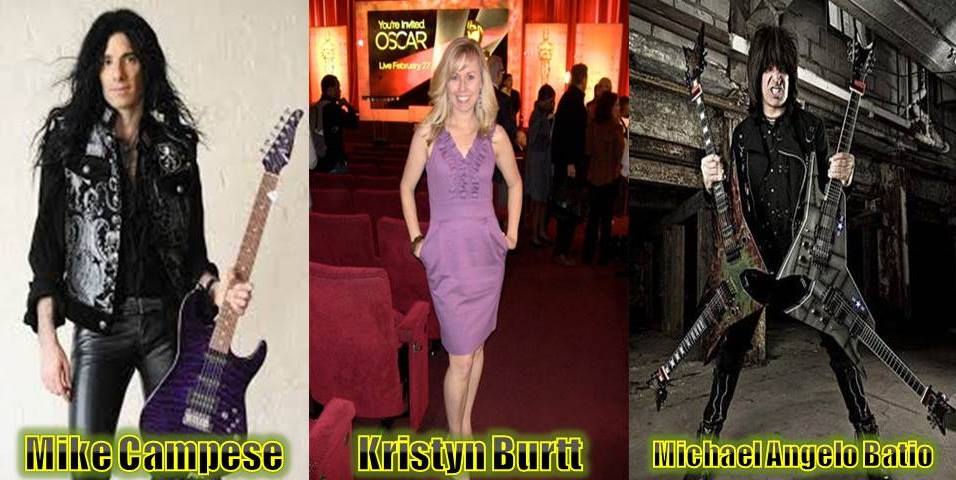 The man who has played not only a double guitar, but a quad guitar, former guitarist of NITRO, the man known as MAB…… Michael Angelo Batio

NY native Shred guitarist, who has been a member of  the Trans – Siberian Orchestra as well as releasing a number of solo albums….. Mike Campese