Mike Campese is known as a guitar virtuoso, he is an all-around music performer, session artist competent in many musical styles, electric and acoustic. Mike has been featured and is a lesson writer for many national guitar magazines such as Guitar World, Guitar One and Guitar Player, he has done several full page lessons for these magazines and lots more. 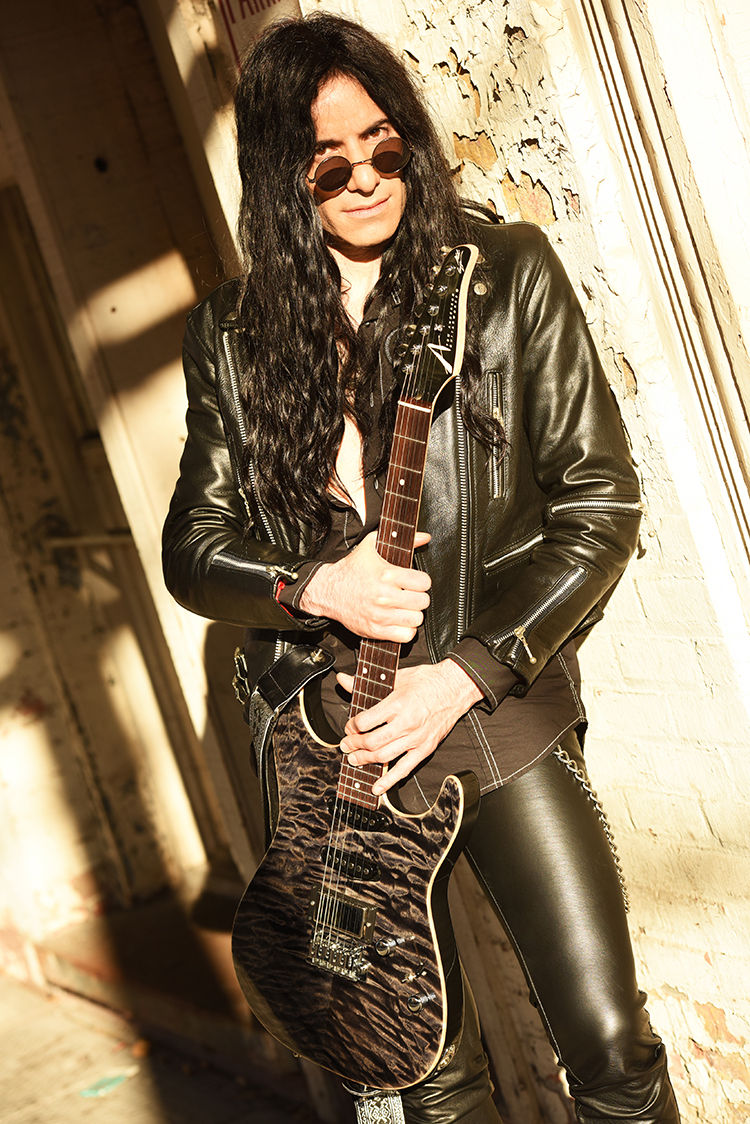 – What’s new in the world of Mike Campese?

The album “Chapters” is the latest adventure. It is mainly an acoustic album with a splash of electric guitar. I’m always working on stuff, so there is always new material and different projects. You can keep up with the latest news and releases right at www.mikecampese.com.

– How was it recording your album Chapters?

It was fun recording the album. A lot of the ideas came about when I was on a tour of Italy and I recorded the initial ideas on my iPhone. Every city I was in, I came up with different ideas that would be a seed of a tune and recorded them. When I got back, I gathered the ideas and worked on one song at a time. I did this same process for the songs I wrote in Hawaii. In the studio I do a lot of experimentation and I’m pretty spontaneous, you never know what can happen. My favorite time is when the song is finished and listening back to it.

– How did you go about making the artwork?

The artwork is mostly based from the photos and the photo session for the album. The theme of the album is based off of Italy and some of the pics from the trip like from the colosseum and pics from Cathedral ceilings etc, which are beautifully painted. Once we have the pics and the materials, the artwork is assembled. We may do it in house or have an outside art designer to do it. This album we did it in house.

– When writing a song, is there such a thing as investing too much time?

Yes and no. There are some tunes where you are looking for a piece of the puzzle. You may be experimenting with something else and you may get an idea that would work for another tune. But, in general I don’t spend too much time on a particular song. The guitar parts are the quickest usually, sometimes the vocals may take longer and sometimes not. The best tunes are usually the quickest ones that come together.

– Vinyl is making a comeback. Do you have a personal preference? Is your band producing on vinyl?

No vinyl yet. I thought about it and it would be cool to do that sometime. I almost was going to just do downloads and not Cd’s. I like to have a product with the full artwork, a physical copy. Vinyl is the best quality in my opinion though and I love the analog vibe, some point I think I will.

– How did you create your guitar tone? Do you continue to tweak it or is «old faithful» the way to go?

The basis of my guitar tone has been the same for years. I have been using Mesa Boogie amps and Anderson guitars for a very long time. My acoustic guitar is an Ovation, a 92 collectors series for many years. When I’m recording, I may just switch up the boost pedals and I always record dry into Pro Tools. In the studio it is about mic placement, the main tone is there, just moving the mics around to get the guitar to fit with the track.

– Could you describe what goes on in a day in your life as a musician on tour?

It really depends on the situation, travel etc. The logistics are pretty much the same. Wake up and hopefully you get enough sleep, usually not the case. A bonus if you do get a good night sleep, I’m used to working in all conditions though. But, first thing in the morning I have to play guitar and do finger exercises, scales etc and this sets up the tone for the rest of the day. I do like to run through some of the tunes I will be playing for the show if I can. Then after I get some playing in, it is time to start getting ready so you can head over to sound check on time. Once all the gear is set up and sound check is finished, it is time to get some dinner. We will either head to a restaurant or just eat back stage, depending on how much time have. After that I like to get changed and play guitar to get warmed up. Then showtime, the highlight of the day. After the show I like to spend some time with the fans, take pics and sign some stuff. After the gear is broken down and in the truck, then time to head to the hotel or on to the next venue.

Is the band fans of Spotify and similar streaming services? What are your thoughts on this?

My music is on Spotify and other streaming sites and I think it is good and bad. The good thing is, people can pull up your music quickly and listen to it. Some streaming sites will suggest other music that is similar to yours and you may pick up new fans. The bad thing is, you don’t make much money from it and sometimes I wish I didn’t do streaming. They have to stop screwing artists and I think it is a lot worse for smaller artists. You make a lot more money when people buy the tune or album. When streaming, it could be played hundreds of times and who knows what you will make. It seems really confusing how they figure it out how you get paid, at least to me it does.

– In your opinion, which album would be essential to have if someone were stranded on a deserted island?

That is a tough one, because there are so many great albums I like. I love Jimi Hendrix’s music, everything is great “Band of Gypsies” is an incredible album. I really like Niccolo Paganini’s music, the 24th Caprices is amazing and anything he did really. Dream Theater, “Awake” is a great album too. That is more than one, but for guitar playing, it would have to be anything by Jimi Hendrix. All of his albums are great, I really love “Band of Gypsies”.

– Where do you see music in general going in 100 years from now?

Well, music will probably be more technically perfect like it is now with the advancement of technology. There will be many more styles and genres evolved by then. People will always be looking back to the past of the masters like we do today and the technics will continue to evolve. On the other hand, musicians will get more lazy because of the technology and computers taking the place as humans. But, you will have the purists that stick to the older technology and I’m sure everything by then will be in the cloud or a similar type service.