American guitarist Mike Campese and I share one thing. I wish it was musical prowess, but alas it’s not. He’s good on the old guitar, while I’m not. He’s probably best known for his short stint with Trans-Siberian Orchestra in 2004 for the album “The Lost Christmas Eve.’ Other than that, he has released eight solo albums. “Chameleon” being the latest, although this did first see the light of day back in 2013. 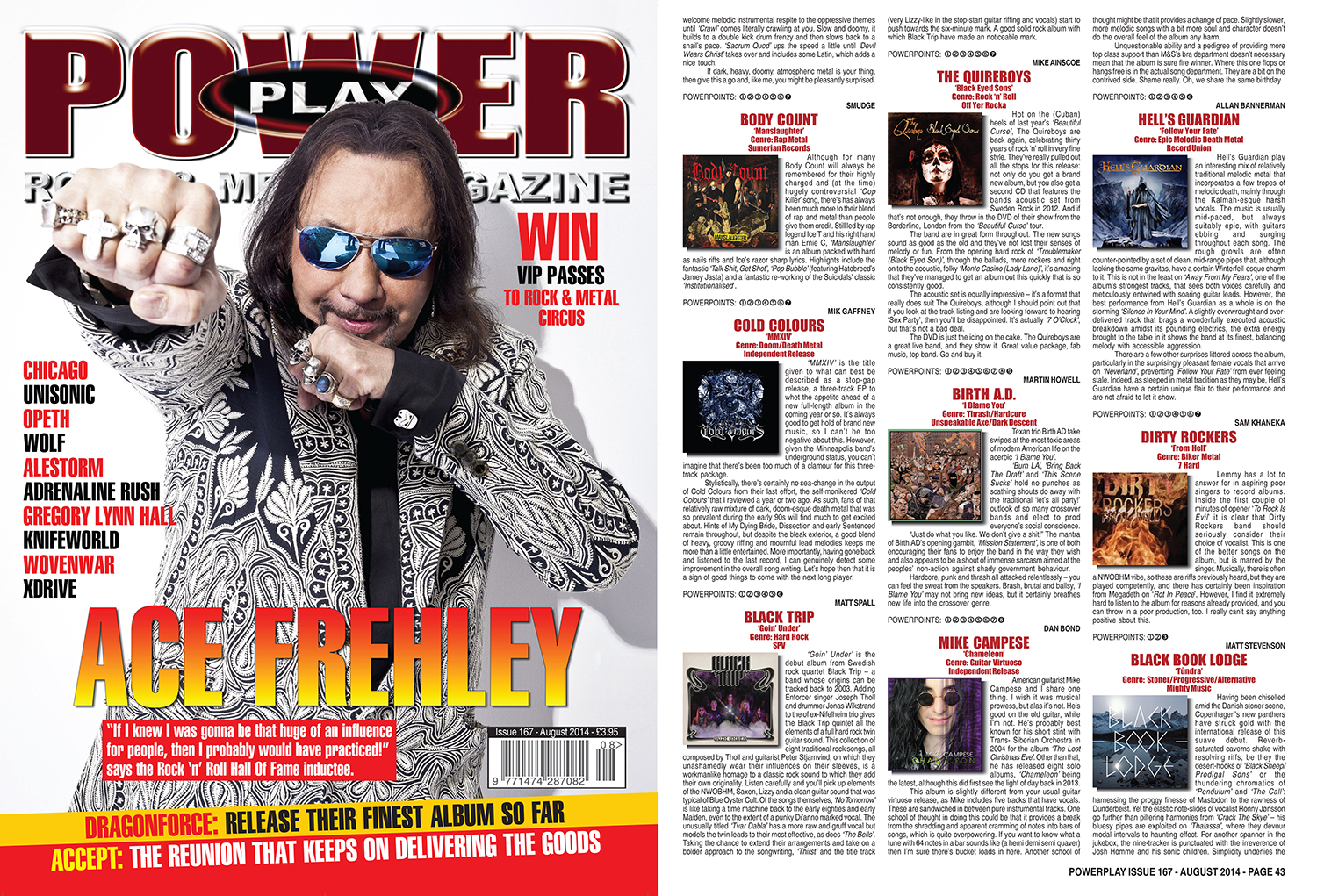 This album is slightly different from your usual guitar virtuoso release, as Mike includes five tracks that have vocals. These are sandwiched in between pure instrumental tracks. One school of thought in doing this could be that it provides a break from the shredding and apparent cramming of notes into bars of songs, which is quite overpowering. if you want to know what a tune with 64 notes in a bar sounds like (a hemi demi semi quarter) then I’m sure there’s bucket loads in here. Another school of thought might be that it provides a change of pace. Slightly slower, more melodic songs with a bit more soul and character doesn’t do the overall feel of the album any harm.